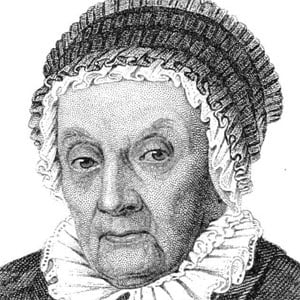 German-British astronomer who contributed to the discovery of several comets including the 35P/Herschel-Rigollet comet, which is named after her. She is known as the first woman to be paid for her work in science.

She took singing lessons at a young age and became the principal singer at her brother's oratorio concerts.

She was awarded a Gold Medal from the Royal Astronomical Society in 1828.

She was born the eighth child to bandmaster Isaac Herschel and Anna Ilse Moritzen.

Caroline Herschel Is A Member Of