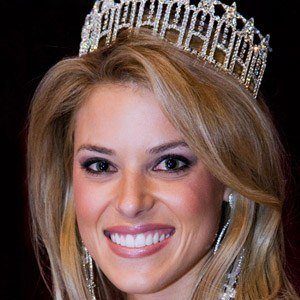 Known as the winner of the 2009 Miss California USA beauty pageant, she also earned a first runner-up position in the 2009 Miss USA competition. A fashion model as well as a pageant contestant, she appeared in photo spreads for Nordstrom, Target, and Bloomingdale's.

Her memoir, Still Standing: The Untold Story of My Fight Against Gossip, Hate, and Political Attacks, was published in late 2009.

She grew up in Vista, California, in an evangelical Christian family of French and Italian descent. She married NFL quarterback Kyle Boller in 2010; the couple welcomed a daughter, Grace, in 2011.

She stirred controversy at the Miss USA pageant when, in response to a prompt by judge Perez Hilton, she expressed her personal objection to same-sex marriage.

Carrie Prejean Is A Member Of