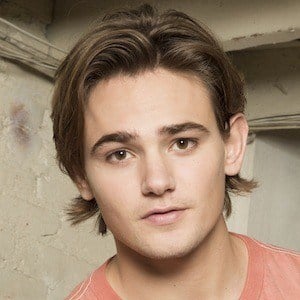 Up-and-coming actor who was seen in the Lifetime movie Stalked by My Doctor before landing a part in the horror film Bedeviled. In 2016, he became a member of the boy band Citizen Four.

He has performed as a stand up comedian. In 2014, he played the role of Clark in a movie called Devilish Charm.

He has worked on shorts by the names of You Can Play, How I Lost My Best Friends, and Code Blue: A Love Story.

He is joined by his younger brother Conner in Citizen Four. He also has a younger sister named Karly.

He shared the screen with Alexis G. Zall in Bedeviled.

Carson Boatman Is A Member Of