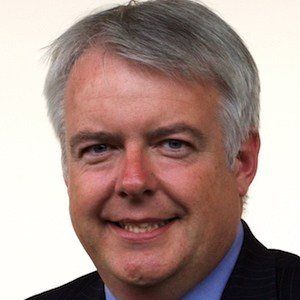 Politician who took office in 2009 as First Minister of Wales. A leader of the Welsh Labour Party, he began representing Bridgend in the Welsh Assembly in 1999.

He trained to be a barrister at Aberystwyth University and at London's Inns of Court School of Law.

He served as a Member of the Welsh Assembly for Bridgend and as Deputy Secretary for the National Assembly of Wales around the turn of the 21st Century.

He and Alun Davies were both prominent Welsh politicians during the early 2000s.

Carwyn Jones Is A Member Of