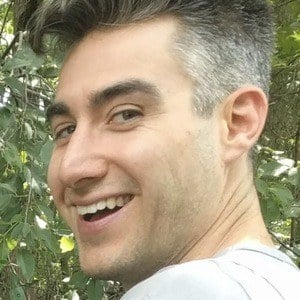 Actor and writer who appeared in the 2015 comedy film Staten Island Summer as Officer Wankel. He has served as a regular producer and writer for the TruTV series Impractical Jokers.

He began taking improv comedy classes at the Upright Citizen's Brigade - East in 2007.

He served as a writer for Late Night with Jimmy Fallon throughout 2010. He has appeared as various celebrities in the web series Above Average Presents.

He has worked regularly alongside fellow comedian Joe Gatto on the TV series Impractical Jokers.

Casey Jost Is A Member Of