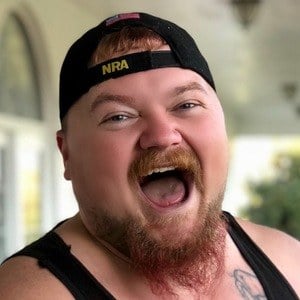 Comedian who found acclaim in the Tosh.0 episode of his name in season 7, episode 27 of the show. He went on the Nitro Comedy Tour with Ginger Billy in 2018.

He went viral with his YouTube show Whiskey Wednesday's where he puts on his classic redneck character. He has over 400,000 followers on his helloworldcatfish Instagram account.

His real name is David Cooley and he is from Louisiana. He has children named Zooey and Tyler with his wife, Munica West.

He and Lisa Schwartz are both YouTube stars who appeared on Tosh.O.

Catfish Cooley Is A Member Of