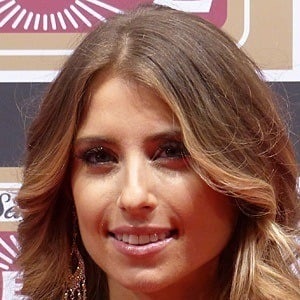 German television presenter best known for her coverage of high-profile events like Berlin Fashion Week and the 2014 FIFA World Cup. She gained additional fame as a competitor on the dance competition show Let's Dance in 2015.

She graduated from the Technical University of Dortmund.

She was a cheerleader for the school Carl-Orff-Gymnasium.

She and Nina Ruge are both well-known German television presenters.

Cathy Hummels Is A Member Of