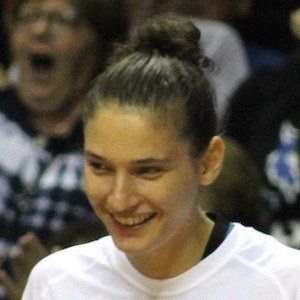 With a passion for the sport at a young age, she began playing professionally in 2010. Shortly after, she appear on the Italian national team. In 2016, she was the MVP of FIBA Europe Under-20 Championship for Women.

She was born and raised in Broni, Italy.

As an athlete featured in several articles on FIBA.com she can be seen in relation to others featured on the online press outlet including Toni Kukoc and Michael Jordan.

Cecilia Zandalasini Is A Member Of