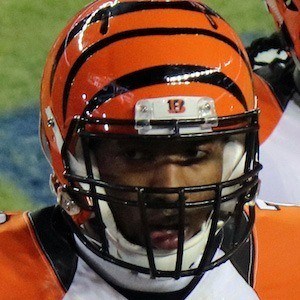 Offensive tackle who was selected 21st overall in the 2015 NFL Draft by the Cincinnati Bengals. He spent his collegiate career with the Texas A&M Aggies after twice being named an All-State selection in high school.

He attended Allen High School in Texas, where he won the University Interscholastic League title. He only allowed one sack during his senior season.

He was a First-team All-SEC selection and First-team WCFF All-American in 2014.

His parents are Kelly and Chris Ogbuehi.

He blocked for quarterback Johnny Manziel at Texas A&M.

Cedric Ogbuehi Is A Member Of