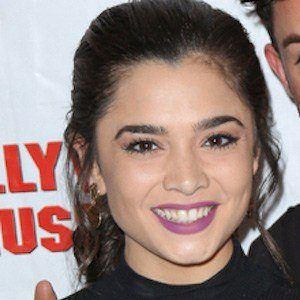 She studied at The Second City in Chicago. She was in television commercials for Nintendo, a print campaign for Sprite in 2009, and in an educational film for HBO. Her first feature film, the 2007 horror drama Banana Leaves, celebrated a wide release all over Africa.

She used to ride competitively and still enjoys horseback-riding. She was a Girl Scout for many years and was also worked at Vacation Bible Camp as a camp counselor for years.

She is of Italian descent but has played characters of Spanish, Arabic, and Jewish backgrounds. She has a pet dog named Loo and has lived in Los Angeles.

She began publicly dating fellow Disney Channel star Calum Worthy from Austin and Ally since the summer of 2015.

Celesta DeAstis Is A Member Of