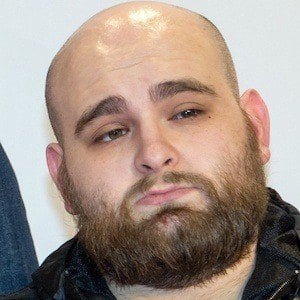 One third of the German comedy trio ApeCrime, which has gained more than 3.6 million subscribers on their main YouTube channel. The group's success has expanded to their second channel ApeCrimeTV and to the numerous albums and parody songs available on iTunes.

Both he and ApeCrime partner Andre Schiebler studied acting before they began posting videos to YouTube in 2008.

The hit ApeCrime video "ICH TRAU MICH NICHT" earned upwards of 10 million views on YouTube after it was posted in August of 2013.

His girlfriend, Sarah Liz, captains her own self-titled YouTube channel.

He is joined on in the ApeCrime trio by Andre Schiebler and Jan Meyer.

Cengiz Dogrul Is A Member Of