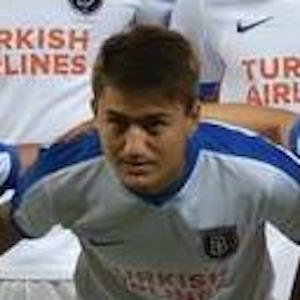 Soccer player who has made a name for himself as a right winger for clubs like Altinordu, Istanbul Basaksehir and AS Roma. He was called up to compete for the senior Turkish national squad in November 2016.

He spent his early years in Sindirgi in northwestern Turkey before moving to Izmir and Istanbul.

When he transferred from Istanbul Basaksehir to Roma for €13.4 million, he became the most expensive Turkish player ever to be sold by a Turkish club.

His father is Hasan Cengiz.

He became teammates with Radja Nainggolan on Roma in 2017.

Cengiz Under Is A Member Of