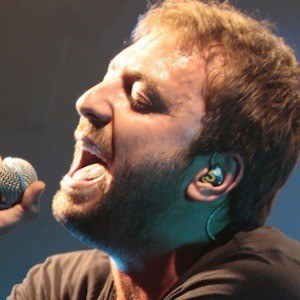 Known for his career as both a solo singer and as a member of the pop band Lunapop. He gained renown for his solo singles "Marmellata #25", "Gongi-boy" and "Vieni a vedere perché."

He first gained widespread attention in the music industry as the lead singer of Lunapop. He was a participating member from 1999 through 2002, when the group disbanded.

He was nominated for his 1st Italian Music Award in 2003 for Best Italian Male Artist. In 2013, he won the Oro d'Argento award for Best Original Song for his work on his single "Amor Mio."

He was born and raised in Bologna, Italy.

He co-starred in the 2002 film Un amore perfetto alongside Martina Stella.

Cesare Cremonini Is A Member Of