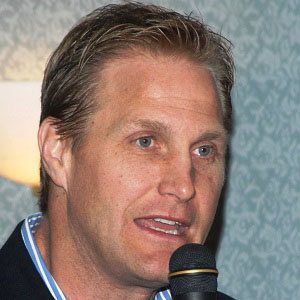 Former defensive tackle who played nine seasons in the NFL with the Dallas Cowboys, recording 27.5 sacks in 119 games.

He attended Benton Community High School in Iowa and was all-state in football and the state heavyweight wrestling champion.

He played college football for Air Force, and in his senior year he led the nation with 24 sacks and was a first-team All-American selection.

He was born in Elberon, Iowa.

He won three Super Bowl rings with the Dallas Cowboys, who were led by quarterback Troy Aikman.

Chad Hennings Is A Member Of