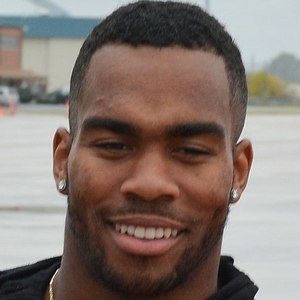 Running back who is known for his time playing for the NFL's Kansas City Chiefs. He went undrafted during the 2014 NFL Draft, and eventually signed with the Chiefs as a free agent.

He began his college football career at Louisiana Tech University. Following training camp prior to his freshman year, he transferred to Abilene Christian University.

He is known for having run one of the fastest 40 yard dash times in the NFL's pre-draft combine history at 4.27 seconds. He became a starter for the Chiefs in 2015 following an injury to star running back Jamaal Charles.

He was born and raised in Shreveport, Louisiana. His mother is Demetrice Ford.

Charcandrick West Is A Member Of