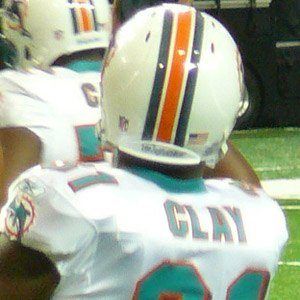 Tight end and fullback who made his NFL debut in 2011 for the Miami Dolphins after being selected in the 6th round of the 2011 NFL Draft.

He was the 13th ranked high school prospect in the state of Arkansas, before starring at the University of Tulsa.

He scored his first NFL touchdown on November 20, 2011, on a 12-yard reception against the Buffalo Bills.

He was born and raised in Little Rock, Arkansas.

After scoring 5 touchdowns in his first 2 seasons combined, he caught 6 in 2013 from quarterback Ryan Tannehill.

Charles Clay Is A Member Of