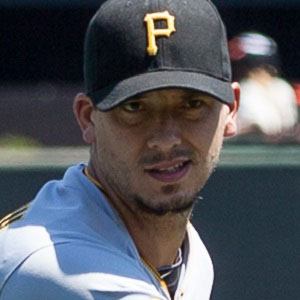 Pitcher who earned the win in game 7 of the 2017 World Series for the Houston Astros, helping the franchise claim its first ever title. He first entered the MLB with the Atlanta Braves in 2008 and was a member of the Pittsburgh Pirates from 2009 to 2015. He began his second stint with the Braves in 2021 and he won his second World Series title with the franchise that same year.

He attended Joel Barlow High School in Redding, Connecticut. He was drafted by the Atlanta Braves in 2002 and spent years in the minors playing for teams like the Myrtle Beach Pelicans and Mississippi Braves.

He was named the Pirates' Breakout Player of the Year for 2011.

He was teammates with fellow pitcher AJ Burnett in Pittsburgh.

Charlie Morton Is A Member Of