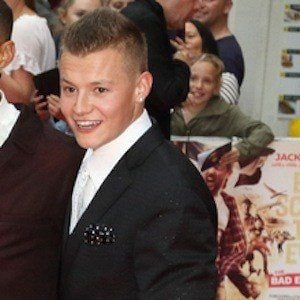 English comedian and actor who appeared on the second series of the ITV competition show Britain's Got Talent. He is also known for playing the role of Robbie Roscoe in the television series Hollyoaks.

He started doing stand-up comedy and won his first talent show when he was eight years old.

He attended Sylvia Young Theatre School after appearing on Britain's Got Talent.

He was born in Billericay, Essex, to parents Dave and Elaine; his father would help him write jokes growing up. He has dated Emma Louise Collis.

He was judged by Piers Morgan on Britain's Got Talent.

Charlie Wernham Is A Member Of