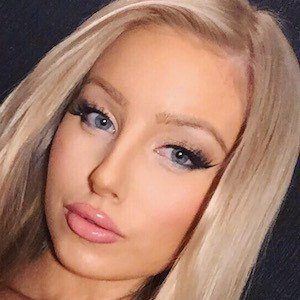 Urban model and social influencer who has been featured on the model sight Curve House multiple times. She has over 650,000 subscribers on her YouTube channel where she posts Fortnite videos as well as challenges and other content. She has also done social media advertisement for the Fashion Nova brand.

She started shaping her public image in 2013, when she created her Facebook fan page and her Twitter.

She has earned over 700,000 followers on her charlparkesx Instagram account. She has also worked as a brand ambassador for the Bang Energy drink company.

She has lived in Birmingham. She has a younger sister who has been featured on her YouTube channel. From 2018 to early 2020, she dated fellow YouTuber FaZe Kay.

She has been featured in Curve House Models' Five O'Clock Booty Drop, as has model Katya Elise Henry.

Charlotte Parkes Is A Member Of