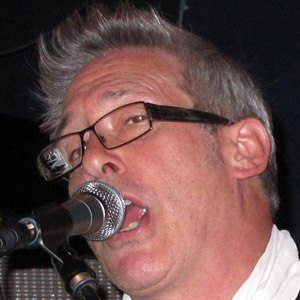 Best known for his work with the British rock band Ian Dury and The Blockheads, this guitarist, keyboardist, and songwriter also recorded with the folk-rock group Jonathan Kelly's Outside. His popular singles include 'Glad to Know You' and 'Number One.'

He began his music career in the early 1970s, initially performing with a group called Kilburn and the High-Roads.

He infused much of his solo and collaborative work with elements of funk music.

He was born Charles Jeremy Jankel in Middlesex, England.

During his time with Ian Dury and The Blockheads, he penned many of the band's most popular songs.

Chaz Jankel Is A Member Of