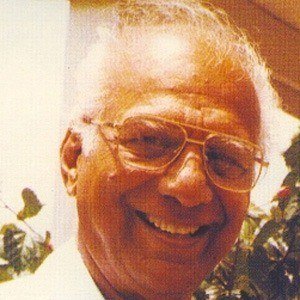 President of Guyana from 1992 to 1997 who is often called the Father of the Nation of Guyana. He wrote over a half-dozen books in his long political career including Forbidden Freedom: The Story of British Guiana, which was published in 1954.

He studied Dentistry at Howard University in the United States before being elected to the colonial legislative body, the Legislative Council, in November 1947.

He became the first elected Chief Minister of Guyana in 1953 and President Sam Hinds declared six days of mourning after his death.

His wife, Jane Jagan, also held the positions of Prime Minister and President of Guyana.

Cheddi Jagan Is A Member Of