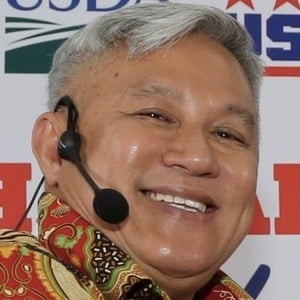 He worked as an accountant before deciding to pursue a career in the food industry.

He was named the Best Celebrity Television Chef at the Gourmand World Cookbook Awards in 2009.

His daughter, Serina, became a television actress, and his son, Muhammad Nazri, pursued a career as a chef.

He and Ainsley Harriot both became known for being celebrity chefs.

Chef Wan Is A Member Of