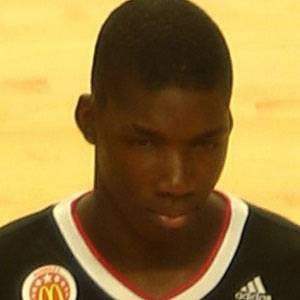 6'9" power forward who commit to the University of Kansas as a Rivals.com five star recruit in the high school class of 2015. He spent one year at Kansas before being selected 33rd overall in the 2016 NBA Draft by the Los Angeles Clippers, who then traded him to the New Orleans Pelicans.

He was named the McDonald's All-American Game MVP in 2015 after scoring 18 points and grabbing 10 rebounds.

He was recruited by head coach Bill Self to play at Kansas.

Cheick Diallo Is A Member Of