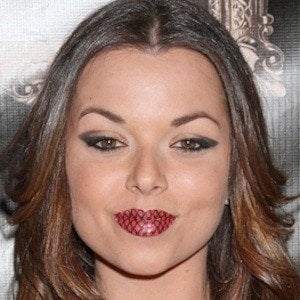 Pop star in every sense of the word as well as a songwriter, DJ and host who scheduled a release time of 2016 for her debut album Being Human after releasing a debut single called "First Kiss" in July of 2015.

In 2007, she was a contestant on the reality competition show The Pussycat Dolls Present: The Search for the Next Doll.

She was a member of the girl group The Paradiso Girls, a European spin-off of The Pussycat Dolls. She was featured in the Space Cowboy song "Falling Down," as well as the music video.

She is a native of Miami, FL. She has dated Skyler Gordy.

She and Lauren Bennett were both members of the group Paradiso Girls.

Chelsea Korka Is A Member Of