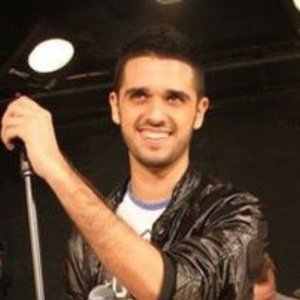 Israeli pop singer, songwriter, and television presenter who has gained fame hosting the TV show Ra'ash, as well as releasing a self-titled debut album, an album called Nosea Rahok, as well as the Crazy EP.

He first gained fame in 2007 when he participated in season 5 of the talent show Kokhav Nolad.

He had to take a break from hosting Ra'ash when he was drafted into the Israeli army in 2008.

He was born and raised in Holon, Israel.

He competed in the 2017 show HaKakhav Haba and performed songs by Miley Cyrus, The Weeknd, and Jessie J.

Chen Aharoni Is A Member Of