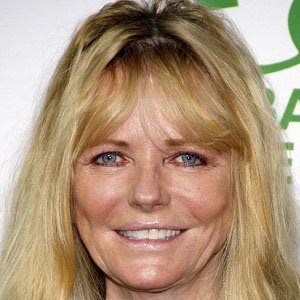 First supermodel to enter the world of fashion design and endorsements. Her line with Sears, The Cheryl Tiegs collection, amassed nearly 1 billion USD in its 10 year span.

She attended California State University, Los Angeles and was involved in the Sigma Alpha Epsilon Frat as a little sister.

She was a Cover Girl by the time she was 17 years old.

She starred in The Brown Bunny with Vincent Gallo.

Cheryl Tiegs Is A Member Of