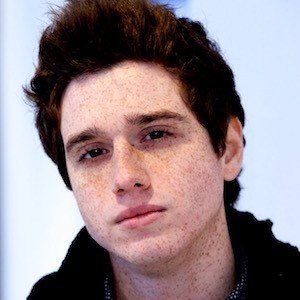 Actor and musician who starred in the films Don't Look in the Basement 2, My Father, Die, The Long Run and Cold Moon. He also landed a recurring role as Tommy H. in the Netflix series Stranger Things.

He trained in acting and drama at the WACT Academy in 2010. He has previously worked as a music therapist for autistic children.

He fronts a self-titled alternative rock band, and is notable for an EDM single titled "Paint the World."

He played a supporting role in the film The Duel, starring Liam Hemsworth and Woody Harrelson.

Chester Rushing Is A Member Of