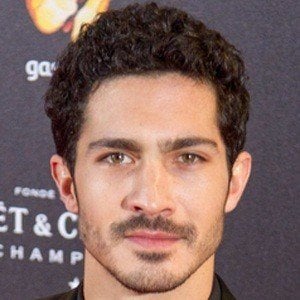 Argentina actor who became a star with his roles on series like Los Únicos, Farsantes and La Embajada. He can also be seen in films like 2016's La Reina de España and 2017's Memorias del Calabozo.

He made his screen acting debut on the series Alguien Que me Quiero in 2010.

He took his first stage role playing the lead character in The Kaplan, which earned him an ACE Award nomination.

He is the son of actor Ricardo Darín. He began dating actress Ursula Corbero in 2016.

He co-starred with Mariano Martínez on the police drama Los Únicos.

Chino Darín Is A Member Of