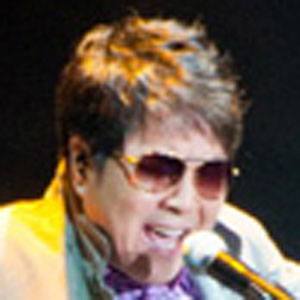 Known for such K-pop hits as "Dear Friend," "The Lady Outside the Window," and "Return to Busan Port," this South Korean vocalist recorded close to twenty albums between 1979 and 2013 and received such prestigious music honors as the 1984 CBS-Sony Golden Disc Award and multiple MBC and KBS Best Artist Awards.

He began his music career as a guitarist, establishing and playing with a late 1960s and early 1970s country music band called Atkins. He released his hit debut vocal single, "Dorawayo Busanhange," in 1975.

In the early 1980s, he became the first Korean vocalist to perform at New York's Carnegie Hall.

He was born and raised in South Korea's Gyeonggi Province.

He became inspired to pursue a career in music after listening to a recording by the American soul musician Ray Charles.

Cho Yong-pil Is A Member Of