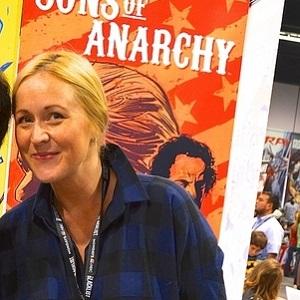 Comic book writer known for her work on the Kill Audio and Key of Z series. She also contributed to the development of The Amory Wars, a bestselling comic book series.

She studied psychology at Eckerd College in St. Petersburg, Florida. She later worked in New York City as a copywriter.

She served as co-director of Evil Ink Comics.

Chondra Echert Is A Member Of