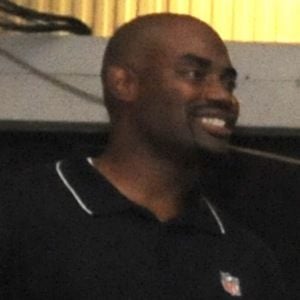 NFL linebacker who played with the Atlanta Falcons, Carolina Panthers, and St. Louis Rams, among other teams.

He played college football at Stanford University. He was also an All-American in both football and baseball at Placentia, California High School.

He was drafted in 1998 by the Chicago Bears, and went on to play with the San Francisco 49ers in his early NFL career.

He married Keasha Ruteleage-Draft in 2011, and she tragically succumbed to cancer exactly one month after their wedding.

He and Brandon Banks both played for the Washington Redskins in 2010.

Chris Draft Is A Member Of