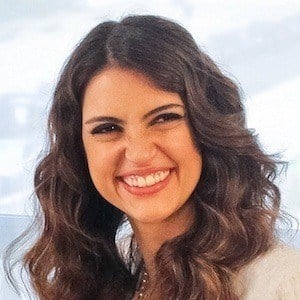 Journalist who was the co-host of Hoje em Dia from 2008 to 2013. She has 2.1 million followers on her chrisfloresnet Instagram account.

Her first on screen appearance was on the 2012 talk show Roberto Justus Mais.

She appeared on The Noite com Danilo Gentili in 2017.

She and Samantha Armytage are journalists born in 1977.

Chris Flores Is A Member Of