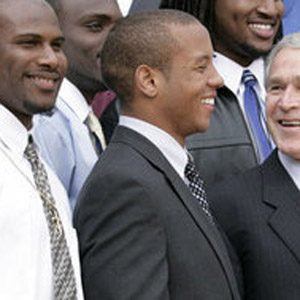 Quarterback for the 2007 national champion Florida Gators who played in the NFL for the Chicago Bears and then with the CFL's Montreal Alouettes.

Offered a football scholarship to Wake Forest while still in 8th grade, he chose to go to Florida, where he was captain of the team for two of his four years.

In the CFL he won the 2009 Grey Cup with the Montreal Alouettes, and in 2011 he joined the Arena Football League.

Tim Tebow played behind him in the quarterback spot for the Gators.

Chris Leak Is A Member Of