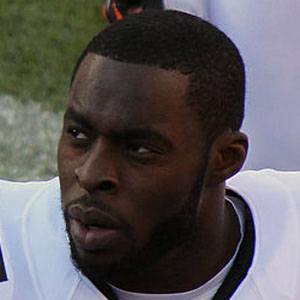 NFL running back who played with the Rams and Texans before joining the Cleveland Browns in 2011.

He played wide receiver and cornerback at Strake Jesuit College Preparatory. He also starred on the basketball and track team.

He was named a First-Team Academic All-Big 12 selection while maintaining a 3.5 GPA as a Texas Longhorn.

He had adopted siblings growing up. He was raised by his father Dr. Kalu Ogbonnaya.

He recorded his first 30+ yard reception from quarterback Brandon Weeden on October 7, 2012.

Chris Ogbonnaya Is A Member Of