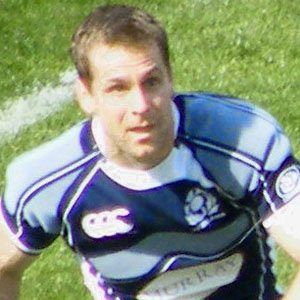 Versatile rugby union player for Scotland and Edinburgh. He also played for Gloucester from 2007 to 2008.

He played with his hometown rugby club, Gala.

He grew up in Edinburgh, Scotland. He married Claire Paterson in 2008.

He and Gavin Hastings both had historic careers with the Scottish national team.

Chris Paterson Is A Member Of