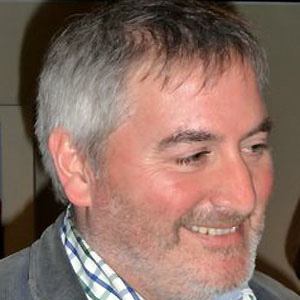 Children's book illustrator and three-time winner of the Nestle Smarties Book Prize. He also worked as a political cartoonist for The Observer.

He studied with artist and art teacher Raymond Briggs.

He illustrated several children's series, including "The Edge Chronicles" and the "Barnaby Grimes" books.

His father was a liberal Anglican vicar who stood up against apartheid. He grew up with four siblings and had three children of his own with his wife Joanne Burroughes.

Chris Riddell Is A Member Of