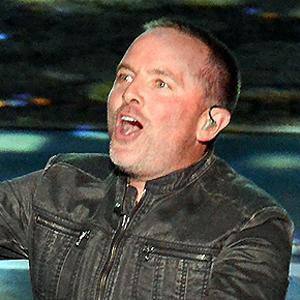 Contemporary Christian recording artist who has released three #1 Christian albums. He is known for hits like "How Great Is Our God" and "Our God."

He taught himself to play guitar and wrote his first worship song at age fourteen. He was originally going into physical therapy.

He was nominated for five Grammy Awards before winning in 2012 for the Best Contemporary Christian Music Album.

He had his first daughter, Ashlyn, with wife Lauren Tomlin in 2011. In 2014, the couple welcomed their second daughter, Madison.

He and David Crowder have both performed at Passion Conferences gatherings.

Chris Tomlin Is A Member Of