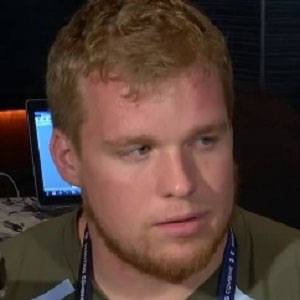 Offensive lineman who was drafted by the San Diego Chargers in the 2014 NFL Draft. He played college football at Notre Dame, where he started 34 consecutive games.

He was named Illinois Gatorade Player of the Year at Glenbard West High School in Glen Ellyn, Illinois.

He did not surrender a sack during the 2008 high school season.

He comes from a football family including his father, uncle and brother, all of whom played college football.

He joined DJ Fluker on the offensive line of the Chargers in 2014.

Chris Watt Is A Member Of