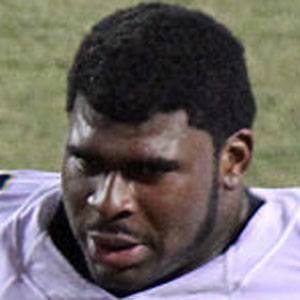 Alabama University star lineman who started 15 games for the Chargers his rookie season after being drafted 11th overall in 2013.

He played in the U.S. Army All-American Bowl in 2009 after being ranked a 5-star recruit by Rivals.com.

He was a First-Team All-American selection on the way to helping Alabama win the BCS National Championship at the end of the 2012 season.

He has a younger brother named Leon and two younger sisters.

He was coached by Nick Saban on three BCS National Championship winning teams from 2009 to 2012.

DJ Fluker Is A Member Of