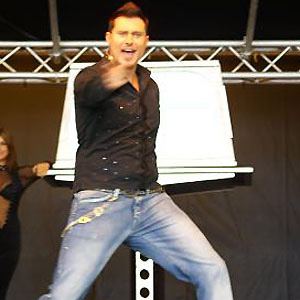 Magician who is most recognized for his work with mega-illusions and large-scale productions.

He got his start in magic when he was just eight years old, performing tricks at friends' birthday parties while growing up.

He was born in Rotterdam.

He and soccer pro Danny Koevermans were both born in The Netherlands.

Christian Farla Is A Member Of