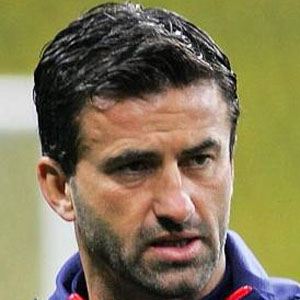 Italian defender whose professional career spanned from 1990 to 2010. He made 260 appearances for AS Roma between 2001 and 2009 and also played for AC Milan, Real Madrid, Inter Milan, and briefly with Chelsea.

He began his professional career at the age of 17, when he played for Genoa.

He had a long-lasting relationship with model Rosario Cannavo.

He and goalkeeper Gianluigi Buffon were longtime teammates on the Italian national team.

Christian Panucci Is A Member Of