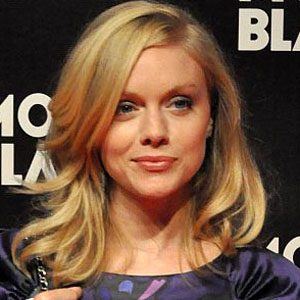 Actress who played the pretty but shy Cassie Hughes in the Sky One supernatural television series Hex.

She trained at the Oxford School of Drama, landing the role of Clarissa Payne in the 2003 film What A Girl Wants before even graduating.

She also had appearances in Dr. Who, Lost in Autsen, and the highly acclaimed BBC miniseries Jane Eyre.

She was born in London, the oldest of three siblings.

She had a small role as a receptionist in the 2006 bond film Casino Royale, which starred Daniel Craig.

Christina Cole Is A Member Of