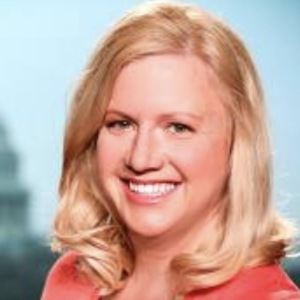 American journalist and television reporter who is best known for her coverage of the White House of CNBC. She is also known for having worked as a journliast and reporter for both The Huffington Post and The Hill where she also covered politics.

She graduated from Trinity College in Hartford with her Bachelor's degree in Philosophy, Classic Literature, and Italian. She started her career as a writer for The Huffington Post before she joined the CNBC network as a reporter in September of 2017.

She has covered a wide and diverse range of topics, issues, and major events including the 2008 Financial Crisis, the Tea Party in 2010, and the pitchfork rebellion against the rich in 2012.

She has a brother named Ian and a sister named Jenny. Her uncle Don Edwards was a member of the US House of Representatives for over 30 years representing California.

She is known for having covered and written articles about a wide range of politicians including President Donald Trump and Special Counselor Robert Swan Mueller III.

Christina Wilkie Is A Member Of