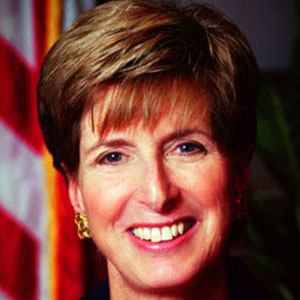 Republican politician who was the 50th Governor of New Jersey from 1994 to 2001. She also served as the head of the Environmental Protection Agency under George W. Bush administration.

She graduated from the prestigious Wheaton College in New York before working in the Office of Economic Opportunity under the Nixon administration.

She became the first female governor of New Jersey when she was elected in 1994.

He has two children with husband John R. Whitman.

After graduation from college, she worked on the presidential campaign of Nelson Rockefeller.

Christine Todd Whitman Is A Member Of