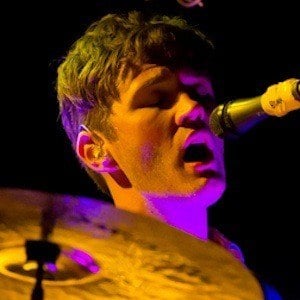 Best known as the drummer and multi-instrumentalist for the indie-rock group Grizzly Bear. He joined the group following his contributions to their debut 2004 album Horn of Plenty.

He contributed to the 2004 self-titled EP from the band Earl Greyhound. This coincided with his joining of Grizzly Bear, who he has performed with since.

In 2009, he and his bandmates released their 3rd studio album, Veckatimest. The album debuted at #8 on the Billboard 200. It was also included in the 2011 edition of the book 1001 Albums You Must Hear Before You Die.

He was born and raised in Winfield, Illinois.

He had initially collaborated with Ed Droste in 2004 when he was still a solo singer.

Christopher Bear Is A Member Of