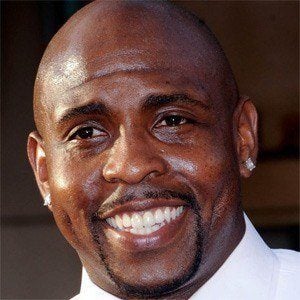 American actor best known for his performance as Beanie in Smokin Aces. He also appeared in the sequel Smokin' Aces 2: Assassins' Ball, but this time as Special Agent Malcolm Little.

He made his debut in an uncredited role in the 1995 film Black Panther. Another early role of his came as Agent Curtis Lehane in Faceless.

He played Cleophis in the 2007 film The Road and Detective Miller in the 2008 film Pride and Glory.

He was born in Minot, North Dakota. He has a son.

He appeared in the film 21, starring Kate Bosworth.

Christopher Michael Holley Is A Member Of