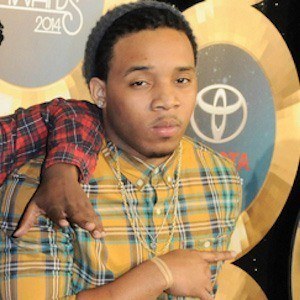 Otherwise known as Crash Bandit, he is part of the online hip hop supergroup We Are Toonz. The group is best known for their viral single "Drop That #NaeNae" which eventually spawned a remix with hip hop greats Lil Jon, French Montana, and T-Pain.

Though "Drop That #NaeNae" did gain attention locally after it was released, it didn't gain a national audience until NBA player Dwight Howard helped them record a video in Atlanta.

Colleges across the country filmed their own versions of the #NaeNae dance, including Ohio State, Auburn University, and Notre Dame.

He is cousins with fellow We Are Toonz members Tavin and Kavin Bing-Gardner. He has two younger sisters.

The 2015 We Are Toonz single "Lit Up" featured an appearance by Southern hip hop producer Jazze Pha.

Christopher Major Is A Member Of