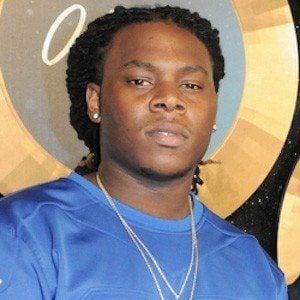 We Are Toonz member risen to fame for the 2013 viral single "Drop that #NaeNae." The single, inspired by Martin Lawrence's Sheneneh Jenkins, has earned the group collaborations with musical superstars and partnerships with companies like Coca-Cola.

He began dancing at the wee age of two and by thirteen had thrown himself into the rhythmic world of rapping.

In 2014, We Are Toonz released the single "DJ Play That Song" featuring Mike Epps.

His brother, Tavin "Levi" Bing-Gardner and his cousin, Christopher "Crash Bandit" Major are both members of We Are Toonz.

Rapper Calvin "Callamar" Glass joins him as a member of We Are Toonz.

Kavin Bing-Gardner Is A Member Of