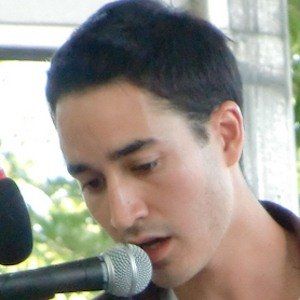 Singer and multi-instrumentalist most well known as a member of the New York-formed band Freelance Whales. They released their debut album Weathervanes in 2010 and their second, Diluvia, in 2012. In 2022, he died at the young age of 36.

Freelance Whales was founded in 2008 when it's members met through Craigslist and friends of friends. The band first began to gain traction the following year performing on subway platforms.

He is the brother of Glee and Starkid star Darren Criss.

Chuck Criss Is A Member Of