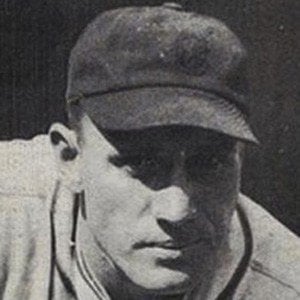 MLB player who was a renowned as a slugger during his 17-year career.

He worked in a steel mill in Indianapolis as a child, where he earned the nickname 'The Hoosier Hammer.' He was the first National League player ever to hit four home runs in the same game in the 20th century.

He won the Triple Crown in the National League in 1933, but lost the the MVP Award to pitcher Carl Hubbell.

He held the record for the most home runs in Philadelphia Phillies history until he was surpassed by Hall of Fame slugger Mike Schmidt.

Chuck Klein Is A Member Of